Skip to content
Right now I am sitting down to write with a three year old on my lap. We are listening to Christmas music. My least favorite song next to “Merry X-mas War Is Over” is on: Silver Bells. I usually hate it but my son has just made “Silver Bells” likable for me, because every time Bing croons “Silver belllls”, my son’s little voice sings, “cockle shells” and I have no idea where he gets this stuff from but it is HILARIOUS. The point is, I think it’s time for a Christmas story:
Yesterday Sheldon was invited by a friend to go to build a gingerbread house at “the old folks tower”.
It was his first time visiting a convalescent home so I asked him how it was. He said, “Fine. Everyone was super old.”
He came home with a graham cracker shack sagging under the weight of a thousand pounds of candy. There was even candy piled on the sides of the shack. It was a candy hoarder house.
He ALSO received a giant chocolate candy cane at AWANAS last night. I started to question the entire holiday. I made him set it over with his gingerbread house. There was officially a candy mountain by my blender.

Today I had to run out the door in a frazzle. It was gingerbread house making day AGAIN but this time at Kindergarten, and parents were invited (huzzah!). Every five year old needs two gingerbread houses to add to have a decent Christmas.

Amazingly I was able to build ANOTHER gingerbread house with my special Kindergartner before the baby got hungry. My baby has a little bit of reflux, and by “a little bit” I mean he is spitting up every waking moment. It was hard to tell the frosting from the spit up but the point is I DID IT and then we walked home. 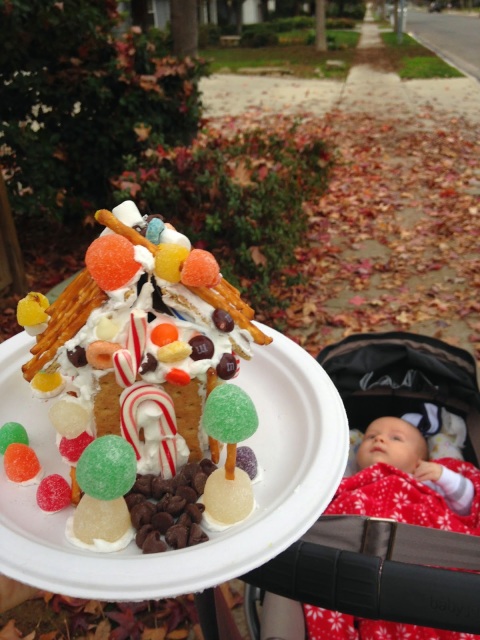 Once at home, I had to pick up the breakfast tornado from this morning’s rush, so I didn’t immediately notice it.

The dog. The giant dog of mine had EATEN the entire gingerbread house AND the chocolate candy cane. THERE WERE HUGE MARSHMALLOWS. There were gummy candies! 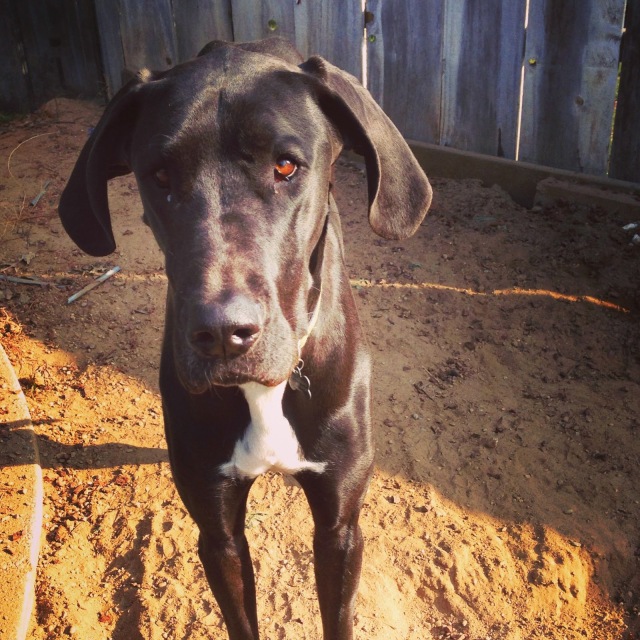 For your information I am going to tell Shel that his gingerbread shack/candy cane explosion was eaten by elves. One of the only reasons to really embrace the whole Santa culture of Christmas is to have a scapegoat for the holiday tragedy.

Please don’t worry. This is not the first time my dog has munched on things she shouldn’t. She apparently has a stomach of steel. You need one if you live in my house.

2 thoughts on “Silver Bells, Cockle Shells and Other Ditties”